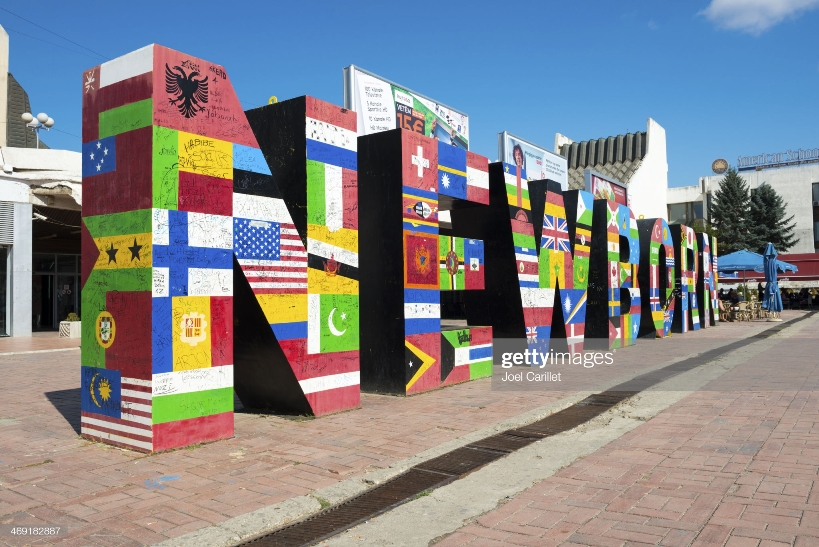 Kosova is a country in Southeastern Europe that declared its independence from Serbia in February 2008 as the Republic of Kosova. Kosova/Kosovo is landlocked in the central Balkan Peninsula. Its capital and largest city is Pristina. It is bordered by the Republic of Macedonia and Albania to the south, Montenegro to the west, and the uncontested territory of Serbia to the north and east.

Kosova became part of Serbia before the First World War, and Yugoslavia just after. Under German and Albanian influence during the Second World War, it’s place in Yugoslavia was reaffirmed after the conflict. Kosova became a province in the Socialist Republic of Yugoslavia (SFRY), and enjoyed a certain degree of autonomy from 1974-90 within SFRY and Serbia.

The Yugoslav Republic began to break up during the early 1990’s with Slovenia, Croatia and Bosnia breaking away from the state. An upsurge in violence in Kosovo in 1998 drew the attention of the international community, leading to an eleven-week conflict in the spring of 1999. On 10th June 1999 the region was placed under United Nations administration, with the European Union and Organisation for Security and Cooperation in Europe providing key parts of the interim government. KFOR, the NATO-led peace implementation force, provides military security in the Province. Despite occasional outbreaks of violence, around the Presevo valley in Serbia in 2000, and the former Yugoslav Republic of Macedonia in 2001 Kosovo has become increasingly calm and peaceful over the past two-and-a-half years. The European Union is playing a major role in the reconstruction of Kosova.
Since February 17, 2008 Kosova has declared independence and ever since it is an Independent state under the name: Republic of Kosova. I t has its own parliament and government which are elected through a process of national democratic elections.

Kosovo Climate
In general, the climate is continental, with cold, relatively dry winters and warm, humid summers. Summer temperatures in the mountainous areas are notably cooler, averaging about (18° C) with up to 120 days of annual snow cover in the mountains. In mountainous areas, trees cover 40% or more of the region, mostly oak and beech. Deer, bear and wild pigs abound in these areas. May and September are usually the best times to visit climate-wise. http://beinkosovo.com/en/kosovo-geography

Kosovo Population
Exact statistics regarding the population of Kosovo do not currently exist, however, it is estimated to range between 1.8-2.2 million. At present, Kosovo has the youngest population in Europe with the population density being close to 200 per square kilometer which is considered one of the highest in Europe as well.
Kosovo’s population consists of: Albanians 88%, Serbs 6%, Bosnians and Gorani 3%, Roma 2%, Ashkali, Egyptians, Turks 1%

Main Cities of Kosovo
The main city of Kosovo is Pristina which is the capital the administrative center of the country, as well. Other main cities include: Prizren, Peja, Gjakova, Mitrovica, Gjilani and Ferizaj.

Official Language – Albanian
With approximately more than 90% of the population of Kosovo being ethnic Albanians, the Albanian language is recognized as an official language along with Serbian. Other languages including Turkish, Romani, and Bosnian are also spoken.
Albanian is an Indo-European language thought to be derived from Illyrian language is very distinct from most Indo-European languages and it remains independent of its sub-group. It is spoken by numerous inhabitants of the Albanian culture especially those bordering Albania and Kosovo.
The second official language of Kosovo is Serbian. Serbian is the only language of Europe that uses both Cyrillic and Latin alphabets making it an active digraphia. It is spoken in many countries like Serbia, Bosnia and Herzegovina, Croatia, Montenegro, and partially in Kosovo.
English is widely spoken, especially by youth. English is also taught at schools starting from primary education. 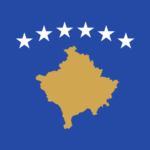 Centered on a dark blue field is the geographical shape of Kosovo in a gold color surmounted by six white, five-pointed stars arrayed in a slight arc; each star represents one of the major ethnic groups of Kosovo: Albanians, Serbs, Turks, Gorani, Roma, and Bosniaks

Albania TravelNet is a licensed tour operator in Albania, which was founded in March 2009 with headquarters in Tirana and activities throughout Albania, North Macedonia, Montenegro and Kosova.